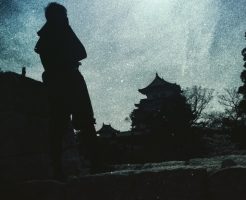 Hi,I’m Keiko from Osaka! Ninja were covert agents or mercenaries existed during the time of feudal Japan, when Samurai thrived. They conducted espionage, deception, sabotage, and assassination to attack opponents, which were not honored in the code of the Samurai. Ninja utilized various tactics called Ninjutsu such as disguise, weaponry skills, warfare, psychology, meteorology, some・・・ 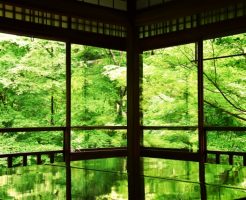 Hi,I’m Keiko from Osaka! It is not an exaggeration to say that Kyoto is the best city in Japan to really experience the uniqueness of the Japanese culture. Today, I will introduce you to 5 cool things you can do in Kyoto for anyone interested in deeper immersion to the Japanese culture and traditions. These・・・ 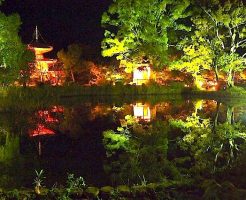 Hi,I’m Keiko from Osaka! While the cherry blossoms of the spring season are internationally popular, the fall foliage is possibly “Kyoto at its best.” You can enjoy spectacular autumn scenery in Kyoto. Here are 5 ways that you can fully enjoy the amazing autumn season in Kyoto! Local tells 5 Things to Do in Kyoto・・・ 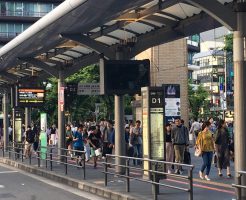 Hi,I’m Keiko from Osaka! Gion is the main entertainment district in Kyoto. There are many famous sightseeing spots such as Yasaka shrine,Kodai-ji Temple and Hokan-ji Temple,and you can enjoy nightlife with Kyoto-like atmosphere at night. There are 5 ways to get from Kyōto Station to Gion:Bus,JR,Subway,Taxi,and Walk. I would like to introduce you 5 ways・・・ 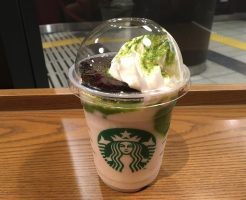 ※I took this photo of matcha Chocolate Cake Topped Frappuccino at Starbucks Keihan Gion Shijo station. Hi,I’m Keiko from Osaka! Starbucks is one of the most famous brands in the world. There are over 30 Starbucks stores in Kyoto,and 3 of them are located near JR Kyoto station. Why don’t you take a break at・・・ 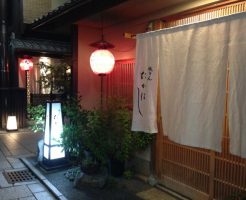 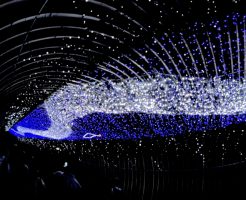 Hi,I’m Keiko from Osaka! Kyoto’s summer can be hot and humid. But it is also one of the most exciting seasons filled with summer festivals and special events. It sometimes feels like they could blow the heat away! Here are 5 ways to beat the heat and enjoy all that Kyoto offers in summer. Let’s・・・